Hello there, Lisa here with you today to share a card using one of my favourite sets from the June release.

The stamp set is called Done Adulting For The Day - isn't that just such a fun title? It is an image of a girl on a beach, sipping a cocktail and I thought it would pair really well with a previously released older set called You Or Wifi. Some of you may well know and love that set like I do! I began by stamping the girl onto some Neenah 80lb Solar White cardstock using Black Hybrid Ink. I created a mask for her from Inkadinkado Stamping Mask Paper and then I stamped the You Or Wifi scene in the background.

The scene was just simply coloured with Copics and I have listed the numbers below for your reference. Such a tranquil scene to colour and I mentally tried to transport myself there whilst in the process! The sentiment is from Done Adulting For The Day but lots of the sentiments from You Or Wifi would also really work well. It was stamped with Black Hybrid Ink and the panel then trimmed down to mat onto a card base that I created from Hero Arts Kiwi cardstock. I decided against any kind of embellishment at all as this card was really just about the scene and I didn't feel it needed anything else. I hope that you manage to carve out a little crafting time for yourselves today. Have a great day! 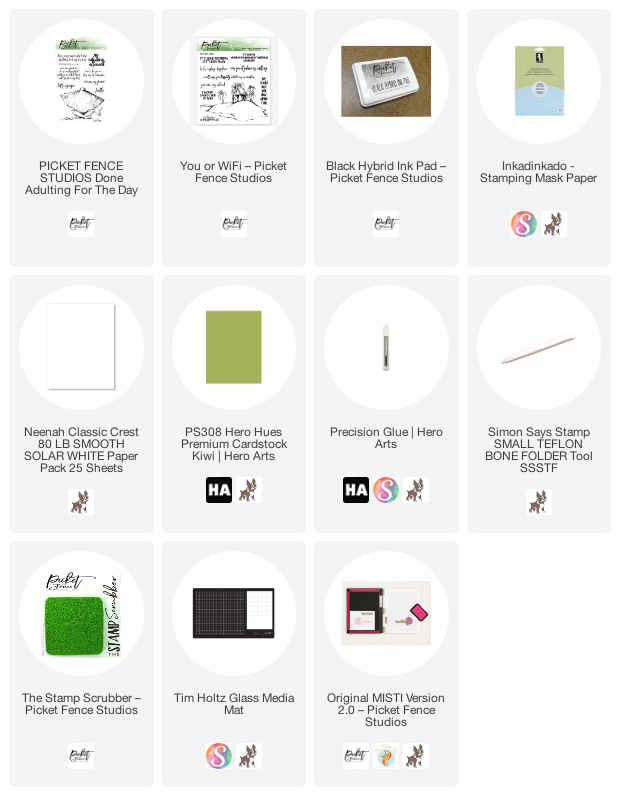