Hello! Michelle here today to share a rainbow card I made using products from this month's release. I inked this card in a most unusual way! I had a very, VERY old ink pad that had a rainbow of colours on a series of little foam pads. The foam had degraded so much that the pad was unusable, so I swiped the pad over some card bases and then scraped the degraded foam off the surface with a stencil scraping tool.

I then placed the Details of a Wing stencil over the rainbow card and added white pigment ink using a Life Changing Blender brush.  I then stamped the Happy Birthday sentiment from the Inside Quotes: Birthday set in black ink, and adhered a thin strip of black cardstock to cover up the edge of the inked portion of the card. 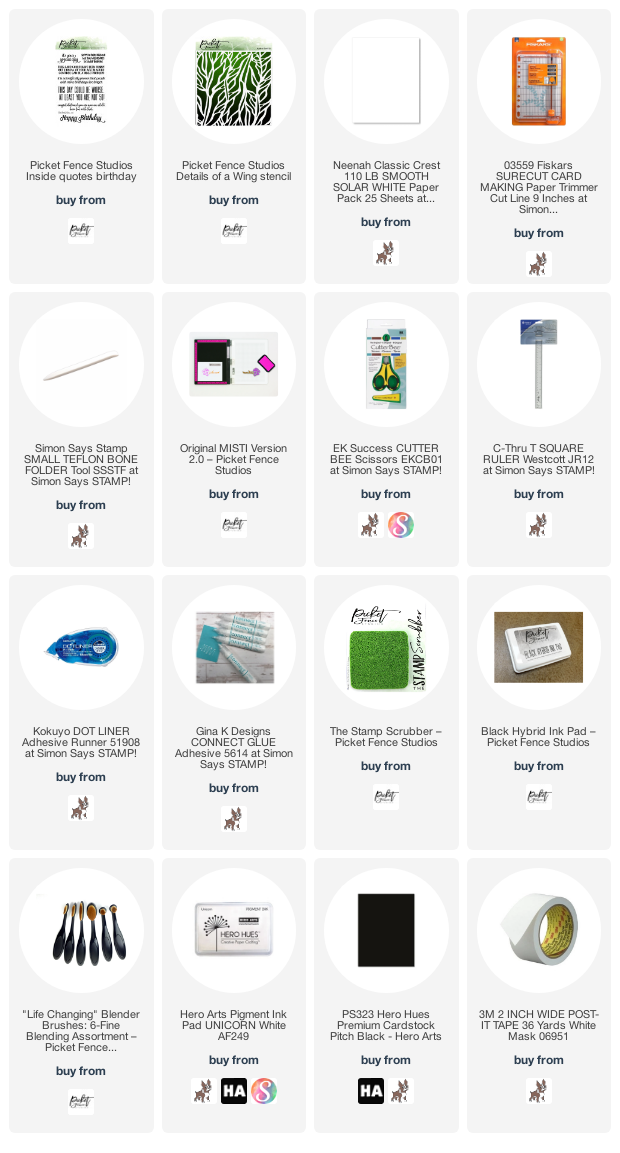