Have you had a chance to check out the February release at Picket Fence Studios?

Today I am sharing two cards using two of the new stencils released on the 14th of this month. First up is this colorful Center Flower 6x6 Stencil. 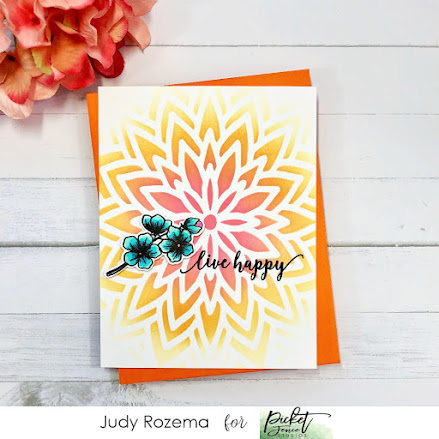 I used two colors of Distress Oxide Ink and my Life Changing Blender Brushes for the ink blended background. I stamped one of the flower groups and a sentiment from the previously released Que Sera Sera to finish the card. I used the Coordinating Die to cut out the flowers after they were Copic colored.

Next up is the English Brick Wall 6x6 Stencil. I used a partial stencil with DOX ink, and added one of the pens from Color Like A Bird Sings (January release) and the new Fancy Congratulations Sentiments (best news ever) for the sentiment. A true CAS! 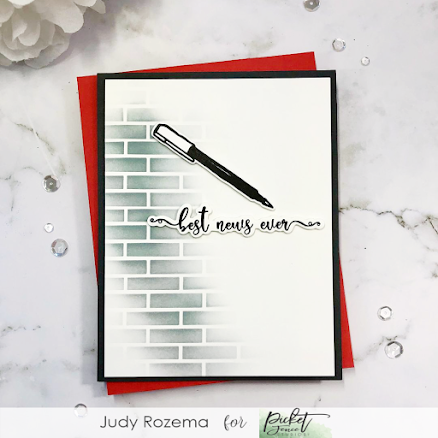 There is much more to see, so head over to SHOP to see it all and grab yourself a surprise! 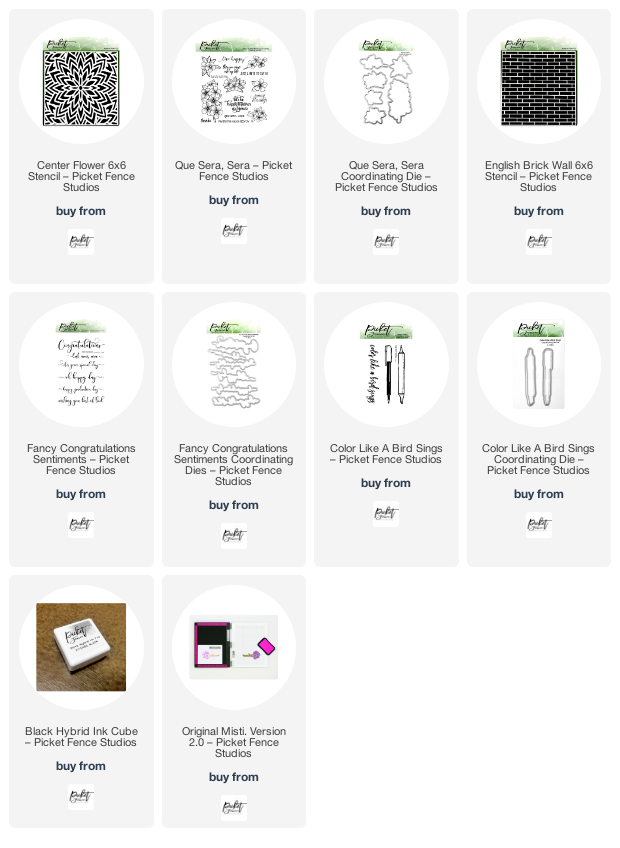